Best in the U.S.A. Golf Package

Play a total of 3 rounds on three of the best courses in the U.S.A. – Tiger’s Eye, Tidewater, & Barefoot Love! Stay 3 Nights in a two or three-bedroom luxury golf villa at Crow Creek, located in Calabash, NC.

If you want to play the best golf courses Myrtle Beach has to offer, this is the package for you! Play three golf courses that have been ranked in America’s 100 Greatest Public Courses by Golf Digest. Featured in this package are Tidewater Golf Club, Barefoot Resort – Love, and Tiger’s Eye Golf Links.

Tidewater Golf Club was named as one of the top 75 Resort Courses in America and features unsurpassed views of the Intracoastal Waterway and the salt marshes that lead to the Atlantic Ocean.

Carolina native and PGA Tour professional Davis Love, III, may have solidified his reputation as a course designer with this creation at Barefoot Resort. Love built a course that was unique, visually striking and fun to play. The course even incorporates a replica of ruins from a 17th Century plantation house, similar to ruins found along holes in Scotland and Ireland. Barefoot Love Course was recognized as the number 1 course in Golf Digests 2005 Top 50 Courses of Myrtle Beach ranking.

Tiger’s Eye has been recognized by several national golf publications as among the best in the country. The course is on Golf Digest’s 2003 – 2004 list of “America’s 100 Greatest Public Golf Courses.” It is also in the top 25 for “Best in State” and it earned 4 1/2 stars in the prestigious Places to Play rankings. Tiger’s Eye was also ranked No. 6 in North Carolina by Golfweek magazine.

Tiger’s Eye exemplifies Tim Cate’s unique design philosophy, which focuses on accenting the natural features of the land. Cate took great care to make his work look as though it’s nature’s work. The levels of detail – from the landscaping to the extensive drainage -coupled with the time spent crafting and designing Tiger’s Eye, give it a mature look uncommon to most courses.

If you’ve got the game and you want to play the best of Myrtle Beach, these are the courses for you!

All Golf Packages Include:

Prices are based on four golfers sharing a two bedroom golf villa.

For a quote on this golf package with a different lodging option (golf villa, oceanfront hotel, or hotel), please do not hesitate to contact us by phone (1-843-281-9347) or e-Mail (golf@seasidegolf.com) 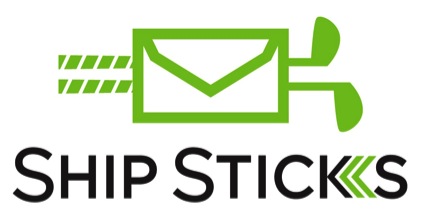